Taken from the dancing of Powederkeg and Breathless in Berthoud Morris with occasional tweaks of our own. 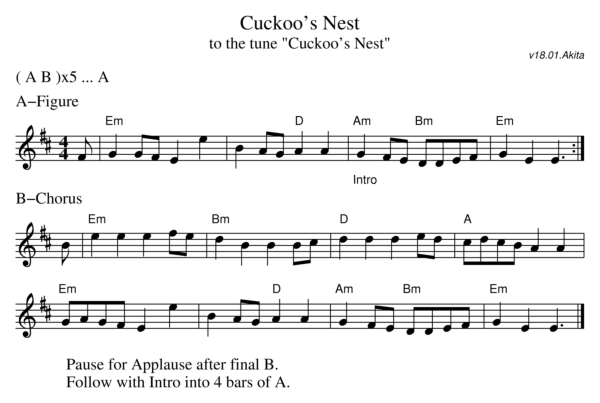 This is a dance for pairs. Each pair are numbered 1 and 2. There are two ways of arranging the dancers:

For a small number of pairs, the dancers form a conventional longways set.

Finish this chorus facing away from partner with stick held high horizontally in the air. Yell! The music will wait for applause before continuing.