We have a fairly distinctive bottle-top percussion stick which is used by the side both as an instrument, and as a distinctive fifth stick in the dance Dawley

When Anonymous Morris started, we were given this stick by Alex Bebb, one of our founder members. Alex was given the stick by his dad, Malcolm Bebb. Malcolm was given it by Jess Butler who was given it by his/her dad who probably bought it at a folk festival. According to Jess (whom we managed to track down), it was used for a while with a Welsh dance side called Cwmni Gwerin Pont-y-Pŵl.

I wrote to Cwmni Gwerin Pont-y-Pŵl as I was getting really curious by this time. Cwmni Gwerin Pont-y-Pŵl had no memory of the stick, but I figured it was still a jolly good excuse to invite them to Wimborne Minster Folk Festival (I was dance organiser in 2013 and 2014). It was lovely meeting them and they were kind enough to teach us one of their dances and we can all be seen dancing together in these photos. 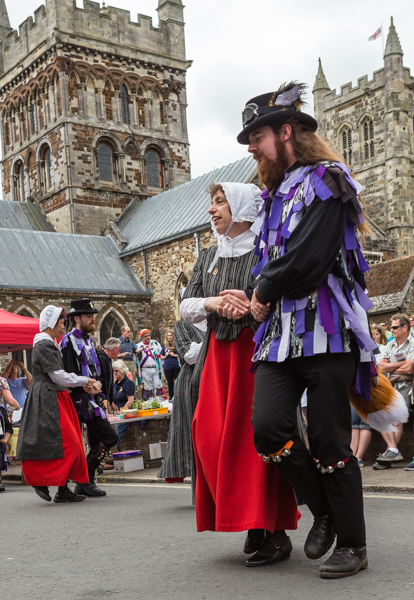 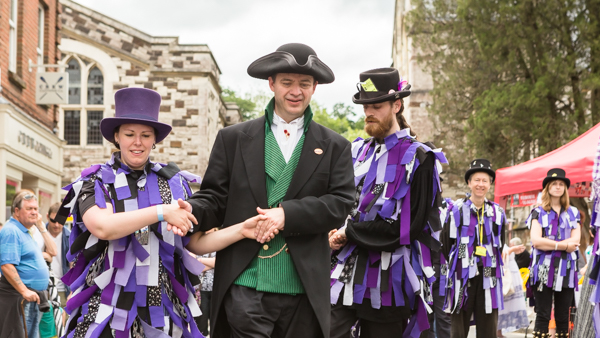 Who are we? What is Morris Dancing? Our Kit Our Drum Longsword Dancing Mummers Plays Practice Venue Constitution Contact Details Useful Links